Faceit is a Blender Add-on that allows you to semi-automatically generate a set of facial Shape Keys for humanoid characters without using any sculpting or modelling tools.

For now Faceit is especially designed to generate the Apple ARKit Shape Keys (Blendshapes), mandatory for Performance Capture with the IPhoneX. Next to the tools for generating the facial expressions, Faceit is packed with a bunch of utilities to ease the process of Performance Capture.

With Faceit you can ready your character model for high quality Animation in minutes! Save Weeks of Work!

Arbitrary Characters
Faceit is able to process arbitrary and even stylized characters. Depending on your individual project and character you will have to invest more or less time, customizing and tweaking the expressions.

Faceit supports most humanoid morphology and topology out of the box

Shape Keys without Sculpting or Modeling
Faceit presents a collection of tools that assist you in generating a set of shape keys. For now it is focused on the 52 shape keys that are required for Apple ARKit/ IPhoneX performance capture (see here!).

How Does it Work?
Faceit leverages standard rigging techniques to generate the deformation. A given character is rigged in an auto-rigging type of workflow and along with the rig an animation is generated, that holds the individual Expressions. A benefit of this workflow is that it allows you to tweak all expressions by using the mighty pose and animation tools Blender has to offer! Of course nothing stops you from adjusting any or all of the generated shapes in a traditional workflow. You will likely still save a lot of time.

Non-Destructive
You can iterate between rigging and animating the expressions and baking the shape keys by the click of a button! This allows you to non-destructively bake the expressions, check them in motion with the Face Cap App or any other capturing app of your choosing and return to rigging in case you notice any artifacts.

Iterate back and forth between Rigging and Shape Keys Motion Capture

Smart Binding Process
To save you the pain of extensive weight painting sessions Faceit features a Smart Binding algorithm that generates a weight distribution based of the defined landmarks and the registered Geometry. (Disclaimer) As with any other rigging tool, for some characters the initial distribution is sufficient and on others you will have to invest in tweaking the weights.

Weights generated based on Landmarks.

Motion Capture
You can use any Apple device equipped with the True Depth Camera to capture your facial motion and retarget it to a 3D character in realtime, provided that the character is equipped with the required Shape Keys. If you never heard of this, I recommend you to watch this video. 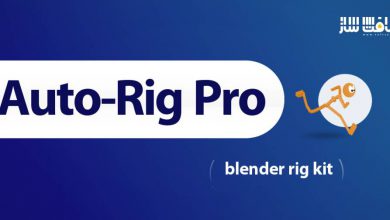